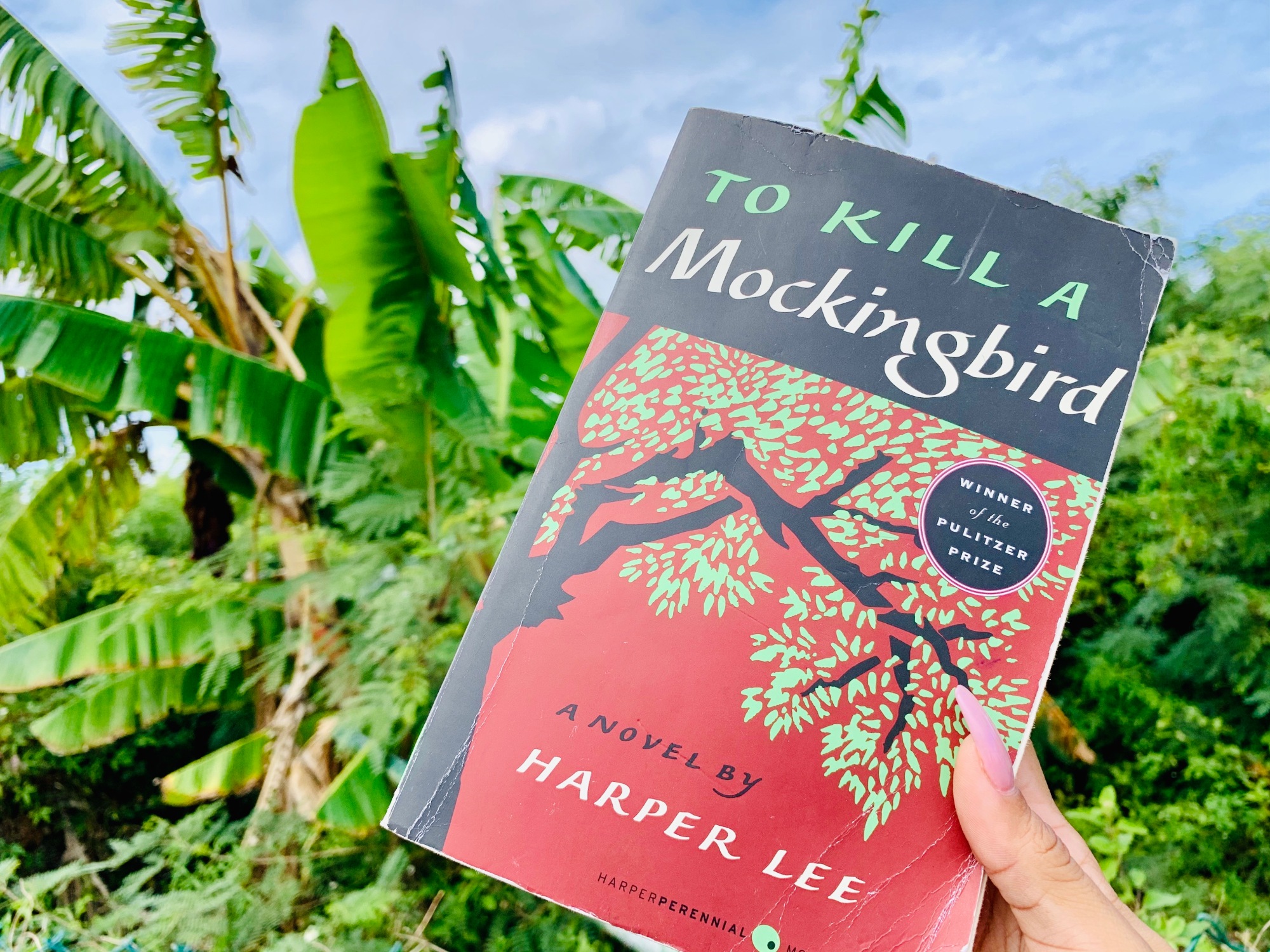 To Kill a Mockingbird has been my favourite book since I was a young girl and first got my hands on a copy at our local library in Burbank, California. I remember that it smelled the way a book smells after it spends all its time jammed up, edge to edge, with other books in a dewey decimal system of literary possibility. When I took the book home and opened its crinkly protective cover, I was met with the world of Scout and Jem and the story of how he broke his arm.

I particularly loved To Kill a Mockingbird for two very distinct reasons, the first being that it was set during the period of time in which my maternal grandmother would have been a teenager. Having never met her, I took an almost obsessive liking to anything pertaining to life in America from 1920 going forward. Looking back on it now, I imagine that I might have been trying to create a connection I would never actually have through immersing myself in the historical happenings of her time period.

The second reason I loved To Kill a Mockingbird was the mysterious idea that Harper Lee could simply pen one book* and that was it. As a child who had crafted a multitude of adult futures in which she was a star author, it was awe-inspiring that someone would write one novel and balance their entire career on its pages. So, for that reason, the words inclosed in that book were as enticing to me as touching the peeling paint of Boo Radley’s house.

It is not possible to read To Kill a Mockingbird without renewing your relationship with the word “nigger”. I know now that many black people have a memory of meeting the word for the first time. There are brilliant essays and poems penned on being met with the fact that your ancestors were once reduced to the mispronunciation of a borrowed word. There is an unfortunate undercurrent that runs through many of the recounts– the word lobbed with scorn across the tide from a white child to a black one.

In my case I, too, first encountered the word from a white person. The difference is that this person was my mother. My mother, born in 1950, came of age during the pulpy time between segregation and its end in the midwest of the United States of America. Suffice it to say, she also had a relationship with the word. How she first came to speak this word to me when I was a child, I can’t remember. I don’t remember the introduction or the context. What I remember is the feeling. The raw hatred my mother had for the word and– as an overflow– for anyone who spoke it, black or white, in line with its true evil meaning or in jest. I remember her telling me to never say it; that people who said it were bad with no class; that it was a horrible word and that her own mother would smack her for even trying to let it past her lips.

So, I knew it was wrong. No one ever called me it, though, and I was well into my thirties before I even felt the residual lapping of its waves for the first time. Instead, the word was shroud in the memories that my mother passed down to me. Stories she shared of being a small girl and holding her mother’s hand while asking why the coloured people weren’t actually different colours. My six-year-old mother had thought the signs meant that there were people in rainbow skin walking through the doors.

When I read To Kill a Mockingbird for the first time, the word “nigger” rose up off of the page and wrapped its serifed tendrils around my thoughts. I thought about its insidious complications and intentions through the veil of literature. I imagined what it meant both on that present 90s day and in the days passed. I was able to experience a subconscious interaction with the word that was coated not only in the presence of my mother’s memories, but also my own meaning moulded by my knowledge of African-American History.

This brings me to the crux of my message here today.

It is expected that all blacks know and appreciate African-American History and this just simply is not so. Being black does not automatically mean you experienced the echo of the Civil Rights movement. The United States of America is such a global powerhouse, however, that even the experience of its African diaspora has begun to overshadow the others who inhabit the “elsewhere”.

In this case, the “elsewhere” is the West Indies and the “those” are all Afro-Caribbean students in my classroom. I have noticed a distinct difference in the mood of the reader of the novel. There was no innate hatred toward the whites of Maycomb County right off the bat. I slowly began to discover what was going on– there was no connection with the events. It is, I realised, difficult for a child who has grown up in a predominantly black society, devoid of segregation (where they see black leaders, black business owners, black bosses) to understand what is at play here.

There is a superficial relationship with the word, even. I theorise the reason for this to be twofold, firstly pertaining to the above and secondly due to a desensitisation. Perhaps the years have gently eroded the word from its original meaning to one bounced on the beat of rap songs and black media to denote a “comrade”. That black ownership and the lightened rhoticity of the word my students hear almost daily has made their experience different.

It’s a controversial subject as to the positivity of black ownership of the hybrid word nigga born from a racial slur. I’d sometimes given it thought before, but when I found myself trying to explain the word nigger to my students, trying to call up the terror and horror associated with its origins, trying to enunciate the err, I could see that it fell flat. I paused teaching the novel to spend a week sensitising them to the climate in which To Kill a Mockingbird is set.

Educating young people is an evolutionary process. Countless times, teachers will reflect and berate themselves. Am I doing enough? Am I enough? There are so many relationships involved in teaching. You and the student; you and the parent; you and the curriculum; you and society. For me, it’s difficult to infiltrate some relationships, one being the black person’s intimacy with the word “nigger” or even “nigga”. I grew up with my mother telling me not to say either, and with my black friends telling me not to either, but for a different reason. I avoid the word. It makes me startle even when I hear it as a synonym for comrade. I continue to try to teach West Indian children how to appreciate Atticus’ actions in Maycomb County and so, by default, I continue to try to teach them why they shouldn’t kill mockingbirds.

*I am aware of Go Set a Watchman, however it must be recognised that Lee had no intentions of ever publishing this manuscript.

One thought on “Black Like We: Teaching West Indian Students “To Kill a Mockingbird””