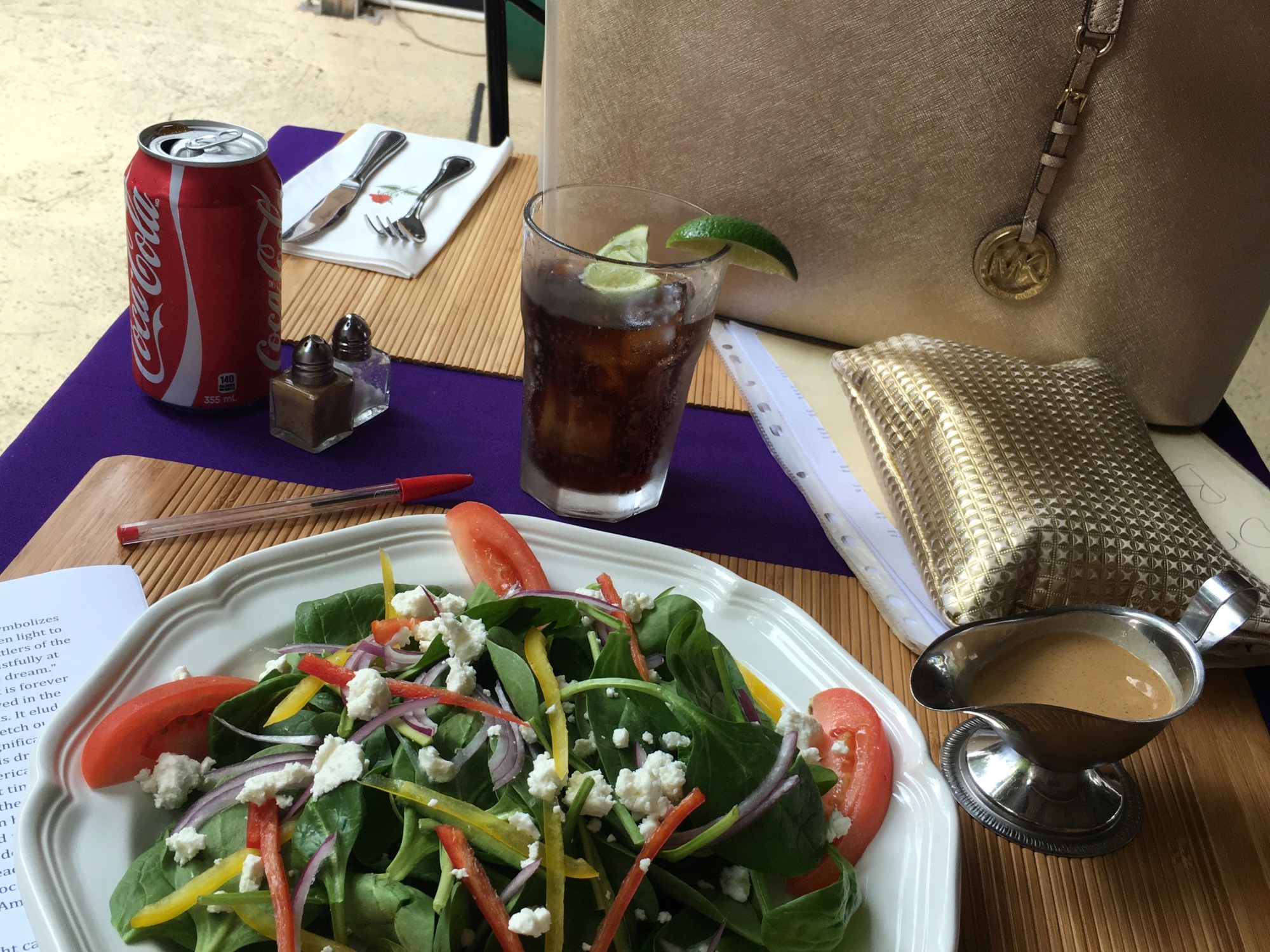 I am a pescatarian, actually, not a vegetarian, but when you tell people “I’m a pescatarian” it opens the door up to way more conversation than is usually required when explaining dietary needs. Most people are not familiar with the word, routinely drawing an awkward curtain of air during which I occupy the space with a definition of the term. As you can see, explaining the whole shebang can be a cumbersome endeavor. So, “I am a vegetarian who eats fish” is usually a quicker default option. What is most amusing, however, is that people seem to think that when someone is a vegetarian it means they can automatically question them profusely on their choices.

I often wonder if people who don’t eat vegetables get questioned this rigorously.

I have never had meat. This is because my mother is a pescetarian and my father is vegan. Funny enough, I bet I could tell people “I frequently snort cocaine” and it would garner the same reaction I receive when I disclose that I have never had meat. I was never given meat as a child because this was the lifestyle of my family, similar to the way other people raise their children aligned to their own personal philosophies. As I grew older, I suppose I could have decided to taste meat, but it just never appealed to me. I like being a vegetarian because it is a large part of my identity. Changing that now would seem odd and would require quite a large continental shift; this is why I don’t eat meat.

My children are indeed vegetarians. My husband and I decided to raise our children as vegetarians and allow them to choose whether they want to eat meat or not when they want to. Many people, again, react to this in a manner similar to what I imagine they would if we said “we have arranged our children’s marriages”. Apparently, raising your children in tandem to mainstream ideals is perfectly  fine, but doing something different means you are making a decision for them. Do we not make decisions for our children every day? Did our parents not make decisions for us? People raise their children in line with their own philosophies. They have been doing so since the dawn of time although, I bet somewhere through the ages there was a cavewoman being ridiculed by her clan for deciding to swaddle her newborn differently. Piercing your daughter’s ears is making a decision for her; a way more permanent one than diet selections. Choosing to feed your children meat is also making a decision for them. My mother was not raised as a vegetarian, she became one later on in life. Was a choice not made for her by my grandparents? .

I am not malnourished. The most common misconception is that not eating meat makes you colossally unhealthy. There are a surprising amount of leafy greens and legumes containing large amounts of protein which some nutritionists have argued are easier for the body to metabolize than meats. To be fair, I don’t eat a lot of nuts…but nevertheless, I am able to maintain a very healthy diet through consumption of a wide variety of food groups. What do I eat? Well, a typical breakfast for me is coffee and Greek yogurt. For lunch I often eat couscous with sautéed vegetables or a salad. Dinner is usually a light, quick meal like an open-faced rice cake sandwich with alfalfa sprouts, shredded cheese and tomatoes.

Eating out as a vegetarian in Anguilla used to be very difficult, but thanks to all the new fad diets, being a vegetarian has become quite trendy. This trend, thankfully, has resulted in more menu options than “vegetarian lasagna”. My favorite place to eat is Blanchard’s Beach Shack because their menu contains enough vegetarian & pescatarian options that I can actually eat something different most times we visit. My go-to is the goat cheese salad on kale or the blackened mahi mahi salad on garden. They also have a great veggie burger which they make in-house from quinoa and shredded carrots with black beans.

The Ital Man (I have no idea what his name is, or if his establishment has an actual name) who ironically sets up shop on The Strip next to Ken’s BBQ each weekend is a coveted favorite of mine as well. He serves authentic Rastafarian food which reminds me of my father’s cooking. Whenever I’m there, I order ital with banana fritters. My other favorite lunch option is pictured in the feature photo–a salad from Valley Bistro which is one of my defaults if I’m not grabbing their soup of the day.

Another great find is Ruthy’s Yum Yum in Little Dix which is the home of the best fish wrap I’ve ever eaten. If you aren’t a pescatarian, however, they also have a fantastic salad which I’m also known to fancy. For dinner out with great options for vegetarians & pescatarians alike I recommend Veya, Dolce Vita, Elite (fantastic pumpkin ravioli!), and Picante.

Ultimately, it really doesn’t matter to me what you decide to eat. What matters is if you try to push your dietary choices on others (namely me). Nothing is more irritating than a vegan telling everyone they are vegan…except maybe a meat eater telling vegetarians they are making bad choices.