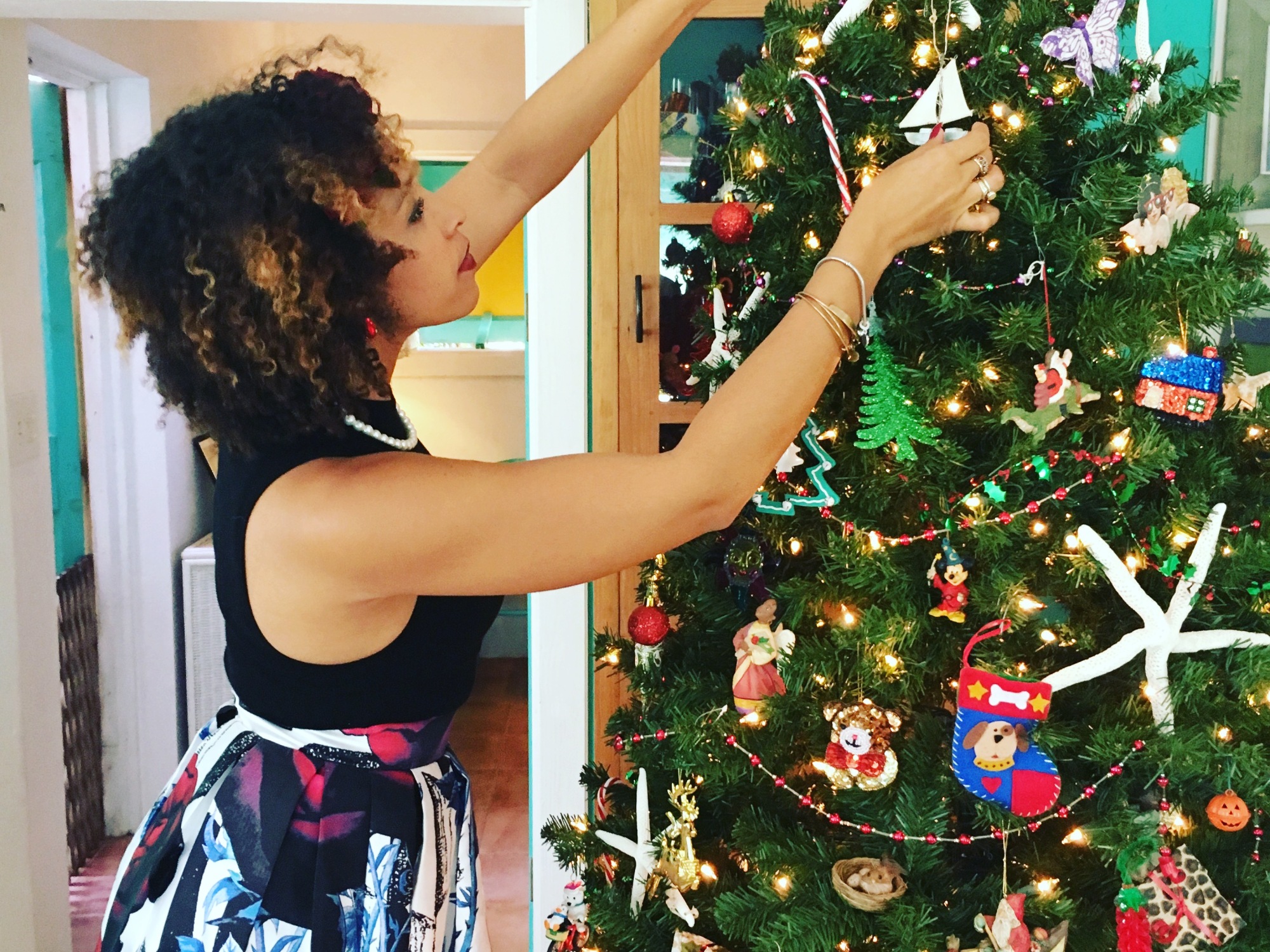 I told my children something the other day. I sat them down and explained to them that we were going to adopt a new approach to gift giving. They asked me what I meant. The smaller of the two, already sparked by the mention of the word “gift” in such close proximity to Christmas, proclaimed how much he loved presents.

In the meld of days following the hurricane, where we spent many hours going through ruined belongings, it dawned on me that I didn’t need any of the clutter. I ended up throwing away all sorts of knickknacks and my curio shelf was ruined from the water, so even if I want to buy more little things, I have no shelf on which to put them. Too much of our lives is spent lining our space with things we don’t need in some sort of continuous quilt of consumerism. When you have to spend a large amount of time throwing those things away, you start to ponder why you bought them in the first place.

I had always endeavored to make sure my children were well-provided for materialistically. When I was a little girl, I remember coveting the “latest” toys which my friends had. As some sort of void-filler now as a mother, I have always jumped to make sure my children have the “it” toy every holiday season so that they never feel that longing I once did. Seeing lots of gifts under the tree in the past brought me a tremendous amount of holiday joy. Most of the toys in the toy room, however, were ruined from mold or water and had to be thrown away. As such, the children have spent the last three months playing with Legos, the Lincoln Logs which miraculously were in the one dry spot of the toy room, a Barbie collection and a few Hot Wheels.

Minimalism, I told them, makes us appreciate what we have more. Plus, after going through everything after the hurricane, I realized how many toys my children actually owned. All of it unnecessary, clearly, since it is now gone and they have not inquired as to its whereabouts. I informed them that this Christmas, we would be focusing on experiences and not materialism. I used the conversation to ask them what they really wanted for Christmas. Immediately, the five-year-old announced what he desired with much vigor, as if he had been waiting months for the inquiry. My daughter, aged eleven, said she couldn’t think of anything she wanted. I asked them this same question each day for the latter part of November. No matter what, I got the same answer from them both. On the final day, I asked again: “What one gift do you want for Christmas?” Miraculously, the five-year-old had not changed his desire (if you have a kindergartener in your life, you will understand the amazement felt by this). My daughter, upon realizing that I was not going to buy her a present, hurriedly offered a suggestion for something which she had been slowly egging me to allow her for the better part of the year.

It took about thirty minutes of reading reviews online and I was done with my Christmas shopping. I am sure I will feel the grip of retail as the month goes by, being that I am a dutiful child of consumerism, but I plan on holding steadfast to this new mindset. Not only do I not want to spend another post-hurricane aftermath clearing out sopping rubbish, but I also want to make sure that the items which my family has around them are cherished and useful. We will focus more time and energy this Christmas on being thankful that we survived the most devastating hurricane on record; we will consume, instead of being consumers.

As for the others on my Christmas list? This season, my largesse will be characterized by one thing in particular: I am giving the gift of experience. I believe now that if you want to give something truly meaningful to a loved one, you will consider bestowing an experience instead of a tangible present which may end up in a garbage sack after a storm. We shed many things from our lives after the hurricane, but what cannot be removed are the memories of the trips we took or the activities in which we were involved. Perhaps this season, we can spend “time with” instead of “money on” the people we love.

One thought on “I’m Dreaming of a Non-Material Christmas”